I have been introduced to some interesting and extraordinary women over the past couple of months.

Our French conversation group consists of many artistic and philanthropic women who wish to expand their French language skills. Some want to improve due to Federal Government job security (a-hem) requirements.  Some wish to communicate better with in-laws, grandchildren and other relatives.  I am familiar with the latter.

I enjoy our weekly gatherings – mais Mon Dieu! – one is lucky to get in a few words if the “taking turns” concept is followed.  The discussions eventually detour down the road of culinary delights.  à chacun son goût

This week’s session skirted around religion, mutated bible interpretations, and language politics.  Thank goodness one member jumped the queue (and my turn to share) in order to change the subject, to describe an extraordinary woman named Anita Moorjani.  Anita is a former cancer patient and near-death survivor.  She came out of her coma with some very wise words based on simple advice.

Another inspiring survivor is Allison Woyiwada, co-author and subject of the book “Allison’s Brain“.  It was her love of music that brought Allison out of her muddled world.

I can relate to what happens to people who encounter near-death experiences, and the wisdom, the lessons they share after resurfacing.

Sometimes we get bogged down in the day-to-day survival, raising a family and making ends meet over the years that we forget some of that simple advice.

Sometimes it takes one or two extraordinary individuals to make us marvel at the ability of our bodies and minds to overcome hurdles, to beat the odds and embrace a new love for life.

Who is your inspiration?  Qui est votre source d’inspiration ?

“After a shot from a 13-pounder First World War gun rang out across Horse Guards Parade to signal a two-minute silence, the only noises on Whitehall were the squawks of a few seagulls, the only movement the gentle tumbling of autumn leaves, taking their place among the ranks of those already fallen.”

I am relieved that only one shot was needed to signal the time for silent reflection.

And… I admire the courage, the defiance that our Queen displayed.

The events in Ottawa the past couple of weeks were very saddening.

Our collective hearts were broken when we lost members of our National Forces on home soil due to the actions of unbalanced individuals.

Security presence increased in downtown Ottawa for a couple of days. Some feared their civil liberties would be at risk.  My own anxiety levels for a loved one rose but remained under control while I listened to calming music, my inner voice of reason, and advice from members of the Forces family.  It was a challenge to stay off Twitter, news sites or listening to the radio for frequent updates.

It was heartwarming during the days that followed to see the sympathies pouring out from around the world for families of the fallen and for their comrades.  It was bittersweet to see so many candles, bouquets and stuffed animals encircling the National War Memorial. 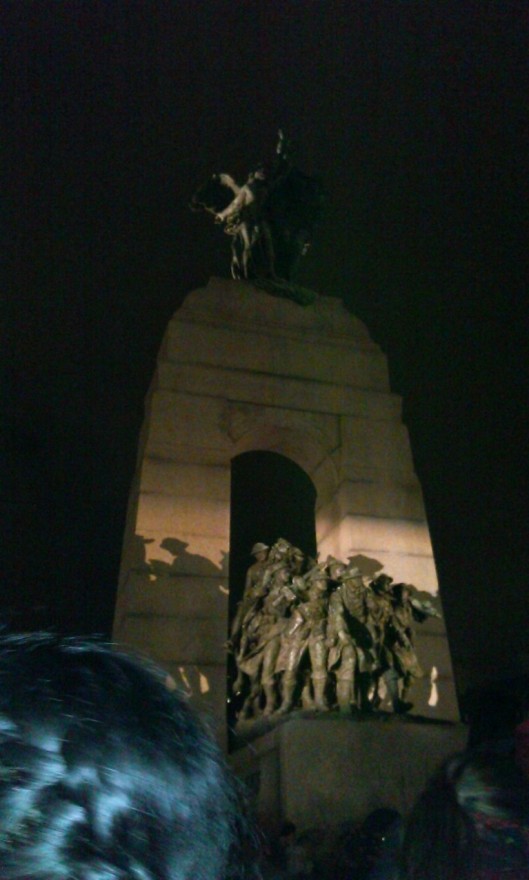 I suspected even before attending a candlelight vigil that Remembrance Day will have a new meaning this year in showing respect for those who served in the past and that we will soon support a battle against malevolent, misogynistic forces.

During the following week more disturbing news arose, ending a professional relationship in our national broadcaster and tainting my respect for a charismatic talk show personality.  It was difficult for the management team to sever ties, to risk a lawsuit in defending their decision to uphold values and maintain public trust.

As more facts are revealed and people are divided in this court of public opinion, I find one piece of information disturbing: The accused was advised by a therapist to obtain a teddy bear as a way to deal with anxieties – and even wrote about it in an autobiography.

I also feel a sense of unease and embarrassment that I and thousands of others had followed interviews carried by this charismatic individual who held an influential position in the media.

I found a way to turn this around, to support the good deeds in our world.

During my Sunday reflections, I donated to and recognized a male writer who is participating in the Movember challenge.  What I like about this cause to raise awareness and funds for men’s health is that one of their goals is to “seek to achieve results that men and boys are mentally healthy and take action to remain so.”

As a society, we should listen early on if men and boys seek help for mental health issues. In some cultures it may be seen as a form of weakness for males to express feelings.  It’s not.

As a society, we need to revisit the disease of violence, to stop it before it breeds in our homes through domestic abuse, sexual abuse and even distorted into self harm.

In addition to November being the month for men’s health issues with Movember, it’s also Women Abuse Prevention Month. I think the two of these causes can exist in harmony to address the issues of abuse and mental illness.

In my simplistic manner and as a doting parent, I also want to say “Hug your kids.”.  Tell them you love them. Tell them they are smart, they are loved and they have a future in our society. Teach them well through good deeds and actions.

Give them something to hug, to transfer their love, to tell their secrets, to help them feel safe.

I hope police are still using stuffed animals to help children cope with traumatic events.  This practice was very helpful for my family. 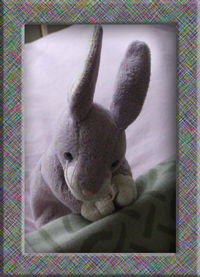 I know people who have stuffed animals to help with sports pool picks, ease anxieties, or inspire them as characters in stories. 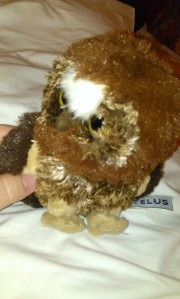 Owlie as the sisters’ talking stick

I had this one teddy bear since I was five years old.  He listened to my secrets.  He helped me feel brave during stormy nights. He stared blankly when I asked him the reasons for adolescent heartbreaks. He was a silent companion. 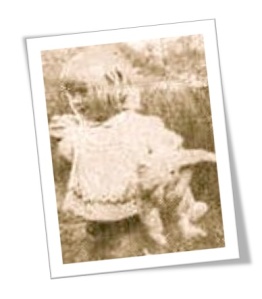 Over the years he became worn and weary looking.  He provided inspiration for a character in my novel who also was a comfort to a scared and lonely little girl. 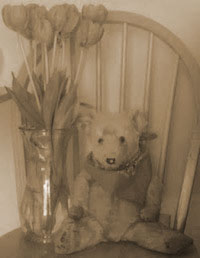 If you would like to read more, please visit The Year of the Rabbit, a Novel About Fate, Family and Forgiveness.  I published it in 2011 under a pseudonym because I didn’t want to use the same surname of my abuser.  I have since changed my name.   I recently pulled the Print on Demand version because I want to release an updated print edition with the services of a talented editor and artist.  She teases me because I’m taking my time to release it just prior to 2023. That’s okay as I am enjoying her company.  While you are waiting, you can download the eBook version from Smashwords. It contains many themes – domestic abuse being one of them.  Sorry.

My Tweets
Join 145 other subscribers